We are a friendly place, offering a variety of clean and comfortable accommodation possibilities. You can choose from dormitory–style beds to luxury suites, it’s all here sprawled in a large garden on top of Mt.Cana’an, a 3 minutes drive from the town of Safed.

Prices do not include VAT 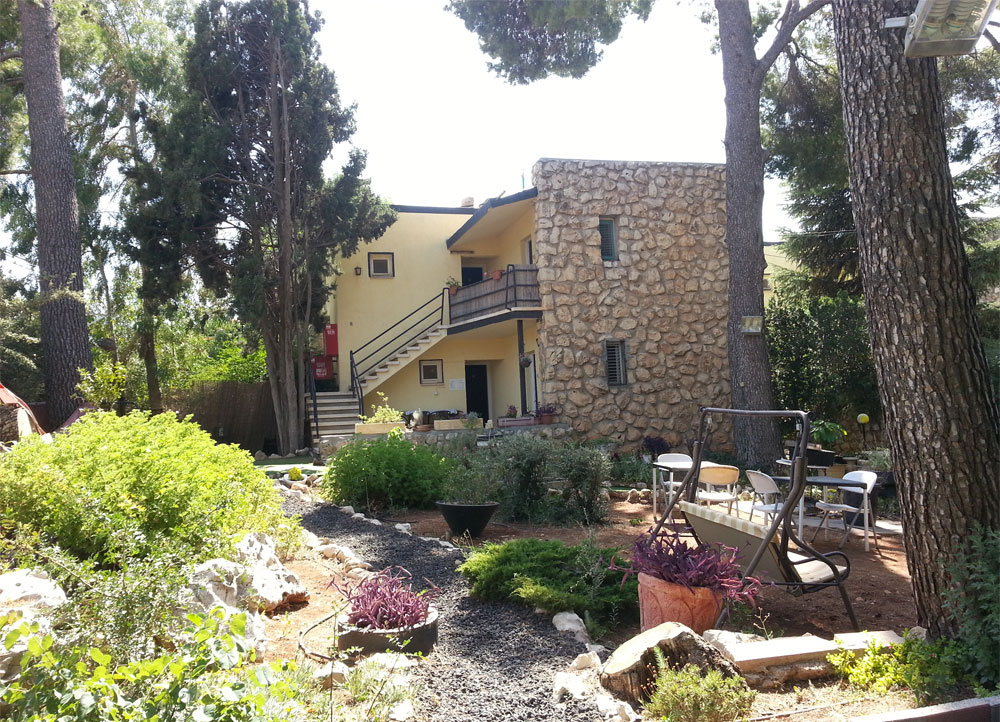 Our spacious garden, walled off from the street, is a quiet and green place.

Here you find fruit trees which you can pick in season, flowers, and shady spots to relax in and a B.B.Q. corner. 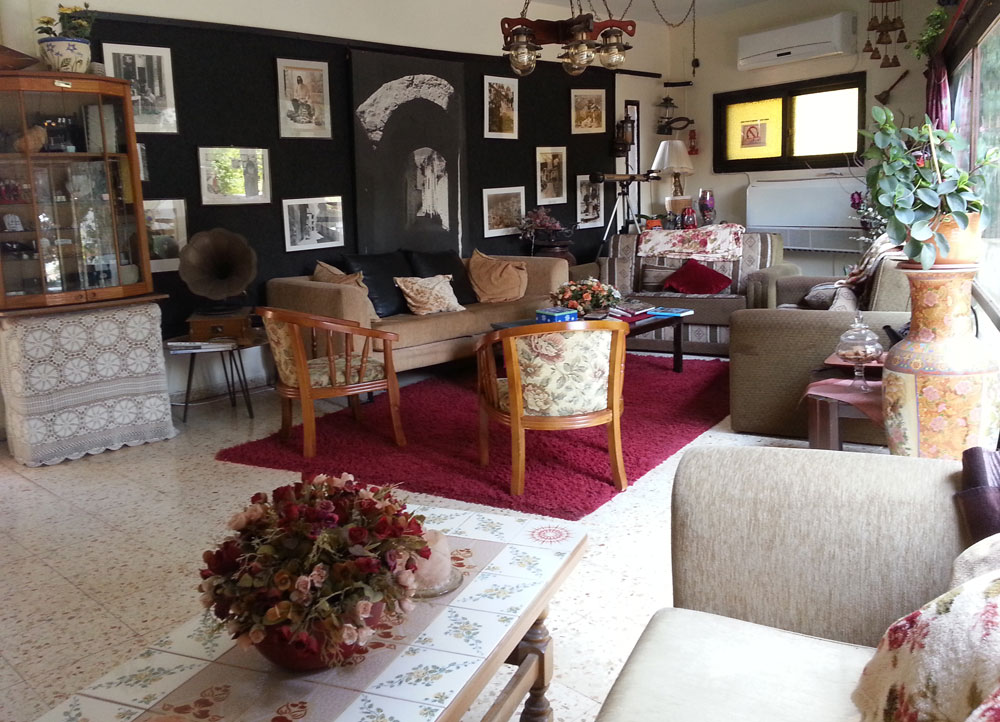 As you enter our lobby, you might pass your national flag, waving in the breeze – just to say “welcome”.  Check-in at our reception desk a (open from 14:00 – 20:00) – don’t forget your passport and the “all important” entry card/visa that you get at the airport – it saves you VAT tax.

Our lobby is very inviting – with comfy couches made for relaxing with a book, while sipping a glass of wine – from our bar.  At the bar, you can find all different kinds of homemade liqueurs and a large variety of more conventional drinks. Pull up a barstool, have a drink, check out the fish in our different aquariums or just chat with Riki or Dov. 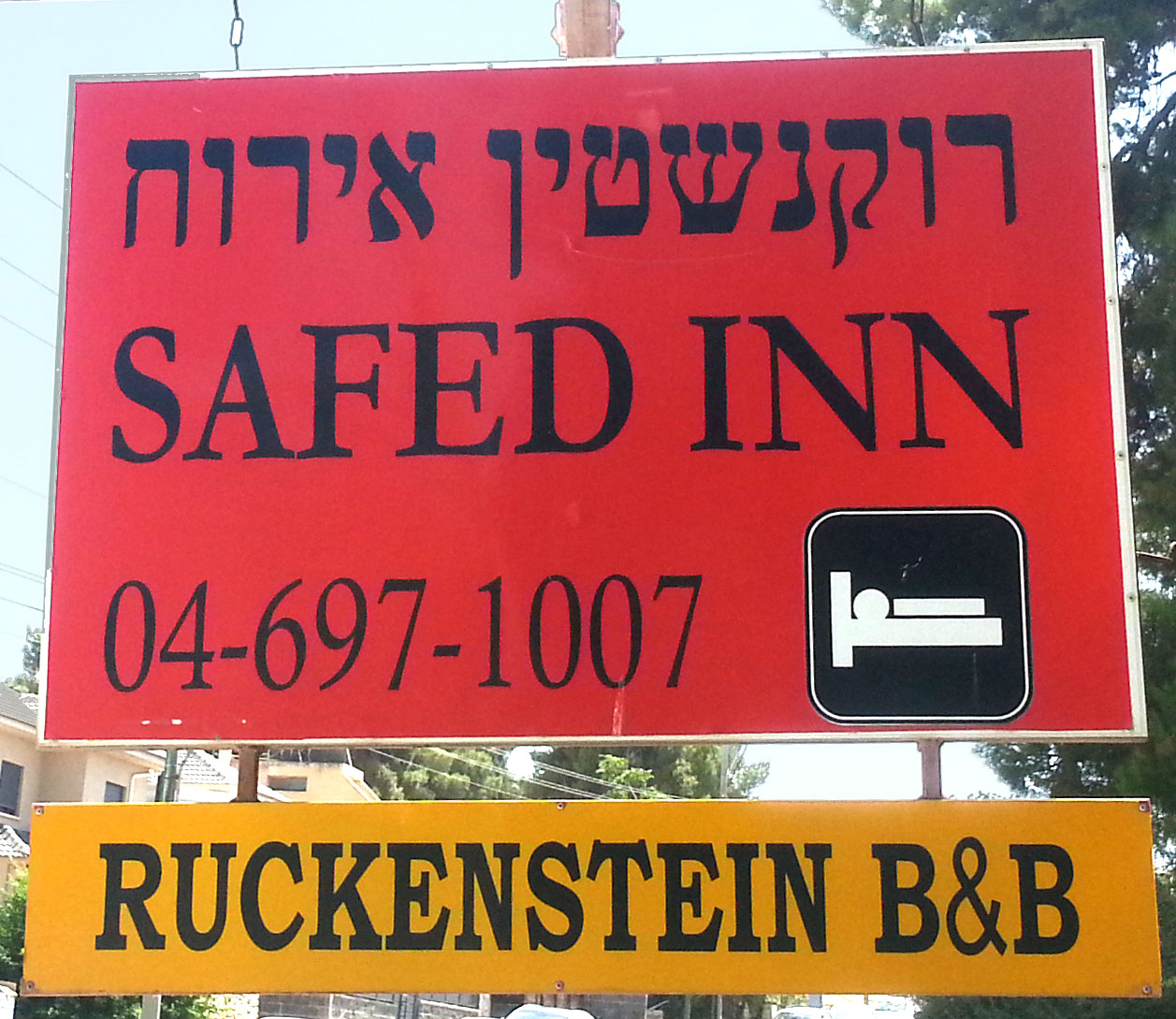 All our guests have access to our well-equipped guest kitchen, where they can make themselves coffee or tea – free, 24/7. The guest kitchen also provides filtered and mineralized water- for those hiking through the numerous trails in our area, so fill up your bottles as you start out on your day of touring.

You have a washing machine and dryer available for a small fee. We will be happy to show you how they work.

A computer is available 24/7 for those preferring a larger screen, in addition to our 4 Wi-Fi nets, which ensure easy net-surfing all over our premises. For those staying in our dormitory rooms, in addition to the computer in the computer room, there is a small TV room with board games, chess, backgammon ….. and a TV.

A table tennis (ping pong) table is available in all our warm months – paddles and balls can be gotten in the lobby.

There are hammocks to relax in – while enjoying the evening breeze – perhaps, with a drink from our bar. Or fire up the barbecue.

In the evening – enjoy our Dry Sauna and Hot Tub.

The Safed Inn is located on top of Mt. Canaan – on the outskirts of the mystical city of Safed.  Far enough from the city center to be an oasis of peace and tranquility – and easy to drive to and from, for your day trips – yet close enough to go into the city to explore all its nooks and crannies.
On weekends – Friday and Saturday (Shabbat) a car is necessary since all public transportation stops running.  During the week, there is a bus stop directly across the street from the Safed Inn – and busses run about every half hour.
To get here:  On Google maps, punch in Safed Inn – Merom Canaan.
On WAZE – write Safed Inn – (Merom Canaan).
If you have any problems finding us – please look around you to find landmarks and give us a call – we will be happy to help you get here.

Take route 90 north* to ROSH PINA. At the traffic light of Rosh Pina, make a LEFT turn and at the first round-a-bout make another LEFT turn.  Make a RIGHT turn at the next round-a-bout which will put you on route 8900.  Drive UP the mountain for about 9.3 Km.  When you see a small shopping center on your RIGHT (it has a sign in English of a Super Pharm and a petrol station) slow down and make a RIGHT turn just after the parking lot of the shopping center on HAGDUD HASHLISHI St.  Drive up the hill for 1.5 Km (passing the veterinarian sign on your right and making the big left curve, passing the Villa Galilee on your right, passing the big hotel Canaan Spa on your right and curving with road to the right AFTER passing the Canaan Spa.  The Safed Inn is on the left side of the road at the next junction.

If you are coming from the other direction (Haifa/Akko) then either go EAST on route 89 until the EIN ZETIM junction – see next line below or:

Go EAST on route 85 until it joins route 866, follow that to route 8900 (EIN ZETIM JUNCTION – the sign says ZEFAT NORTH and BIRIYA) it’s a LEFT turn and then an immediate RIGHT turn.  From that junction, drive for 5 minutes and make a LEFT turn at the sign saying

BAT YA’AR and FORT BIRIYA (it’s directly across from the main entrance to the town of Zefat).  Go UP the hill and at the round-a-bout make a RIGHT turn on MEROM CANAAN St. Drive up the hill and make another RIGHT turn and PARK!!! The Safed Inn is on the corner of

An excellent, attractive, friendly B and B. Bonus perks like a hot tub and sauna made for more than a “budget” hotel experience. Probably most convenient in connection w/ a car rental, as it’s a steep slog up by foot from nearby Tzfat — but taxis and buses to are available, so it is possible to stay w/o a car as well. One of the most pleasant moderately priced inn experiences I had in Israel. Highly recommended.
Steven Schwartzberg
Client
On a poorly planned trip, I found myself scared, cold, and shivering in the lobby of the Safed Inn, begging them to have space for me to sleep. Luckily it wasn’t a busy night, and Rikki was able to give me a warm, comfortable, immaculately kept room for the night, which is where I feel most places would have stopped. But Rikki is one of those amazing, warm, loving mothers-to-the-world.
Alon Bare
Designer
She got me a cheap cell phone rental so that I would be able to call all of my new friends if I got lost or into trouble, and helped me make sure I saw some of the best Israel has to offer. The trip before I met Rikki and Dov was an absolute disaster, and they completely turned it around. Rikki is a professional chef, so saying that breakfast was a revelation would STILL be an understatement. I will NEVER go back to Israel without revisiting the Safed Inn!
Adia Losdia
Client 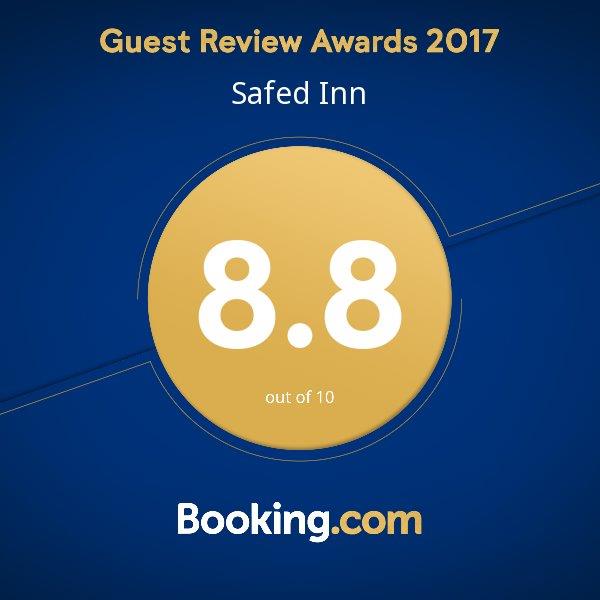 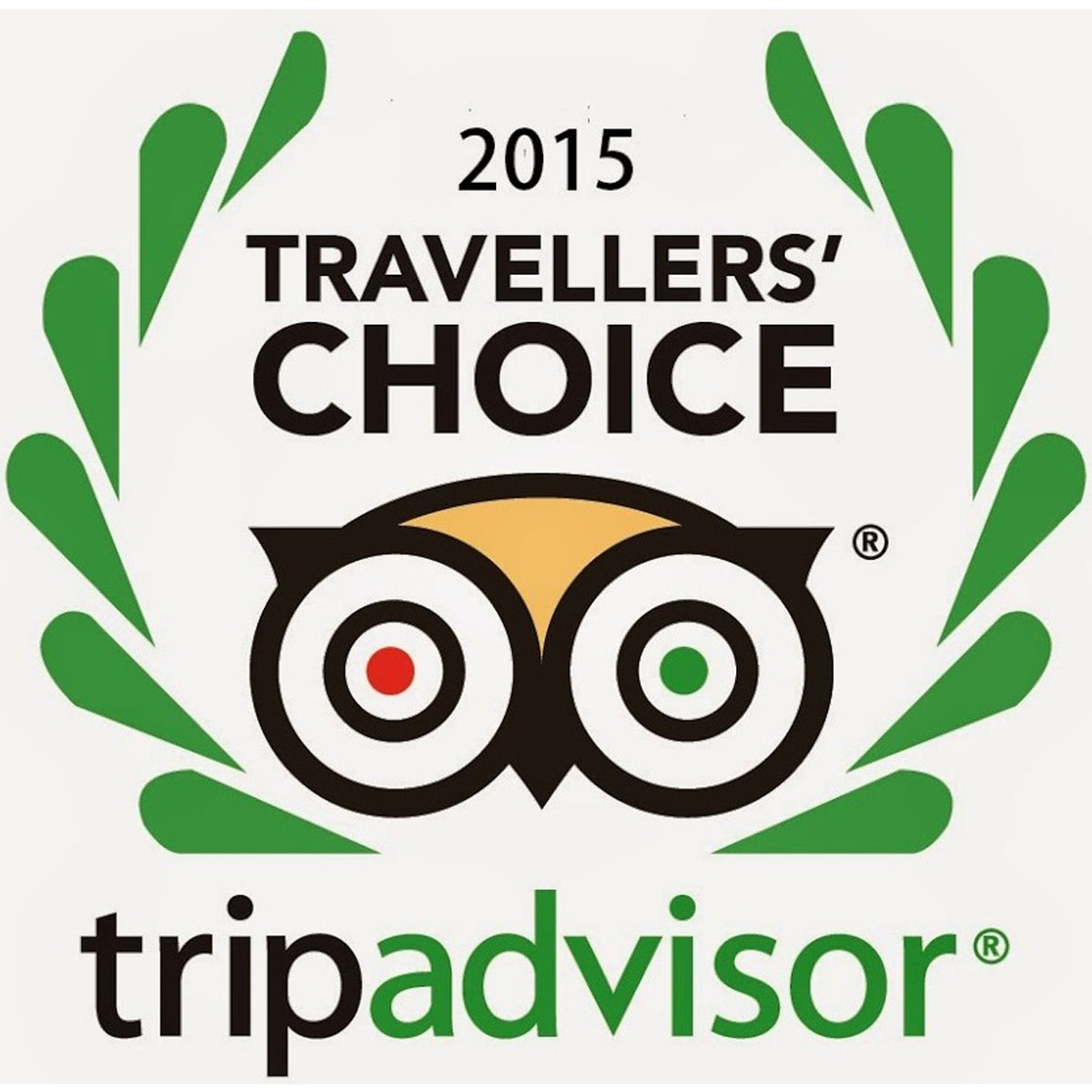 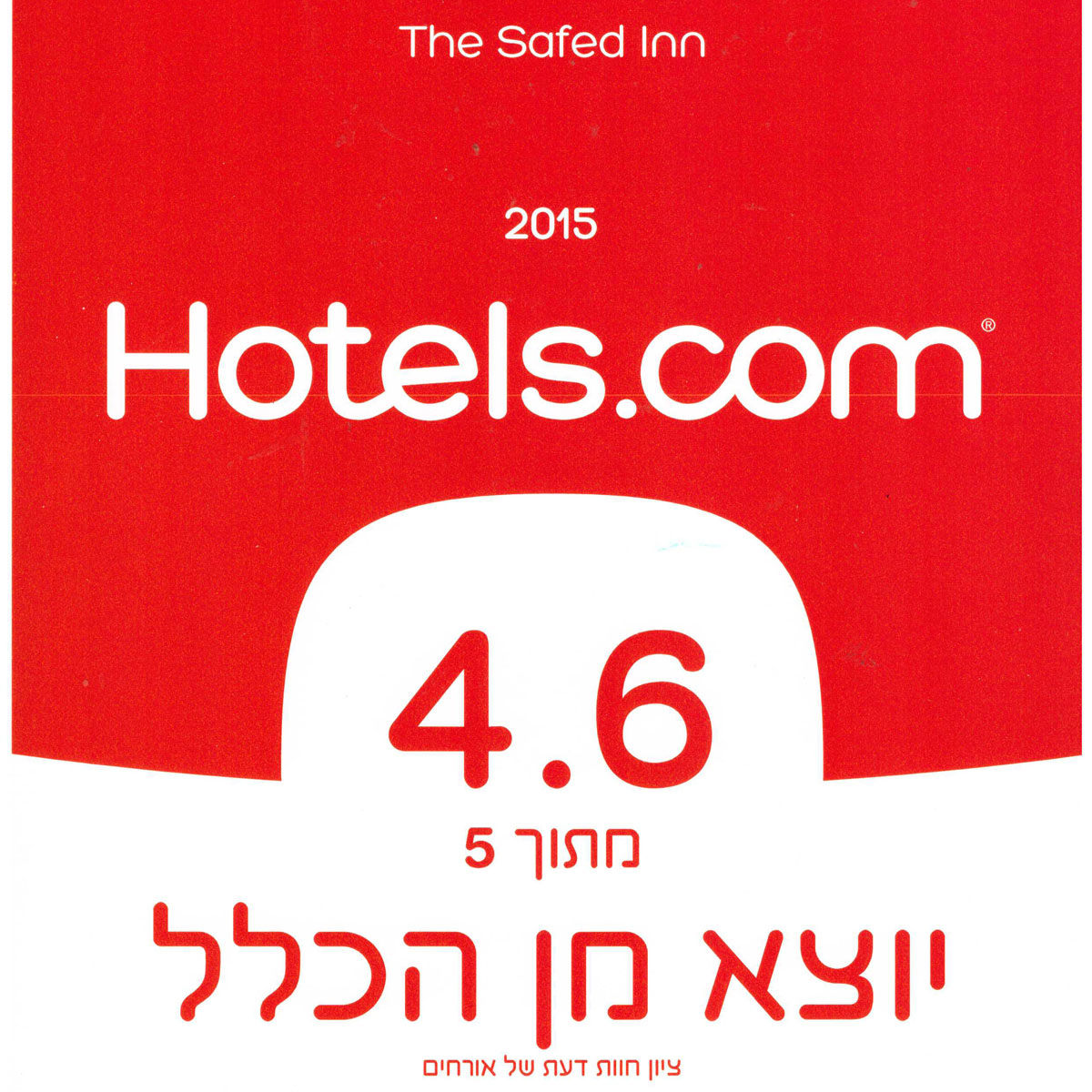